I had noticed that Pig was needing a mani-pedi before winter.  It rained this weekend and the freshly scraped yard was a perfect sponge for soaking those rock hard nails. We’d had such a hard time last year trimming Pig’s nails. She fought and struggled and screamed and shrieked. What a production. It was hard on her and hard on us. This year I resolved to do things a little differently. I had Aidan do some research at the vets for some sort of a tranquilizer. But without knowing Pig’s weight,and the limited types of drugs available,  prescribing something safe AND effective was difficult. The suggestion was to give Pig a beer and see if that calmed her any. (I know it calms me 😜). So I made a stop at the liquor board store and asked for an over proof beer. I was going to pick up two just in case but this one came in a convenient one litre size. 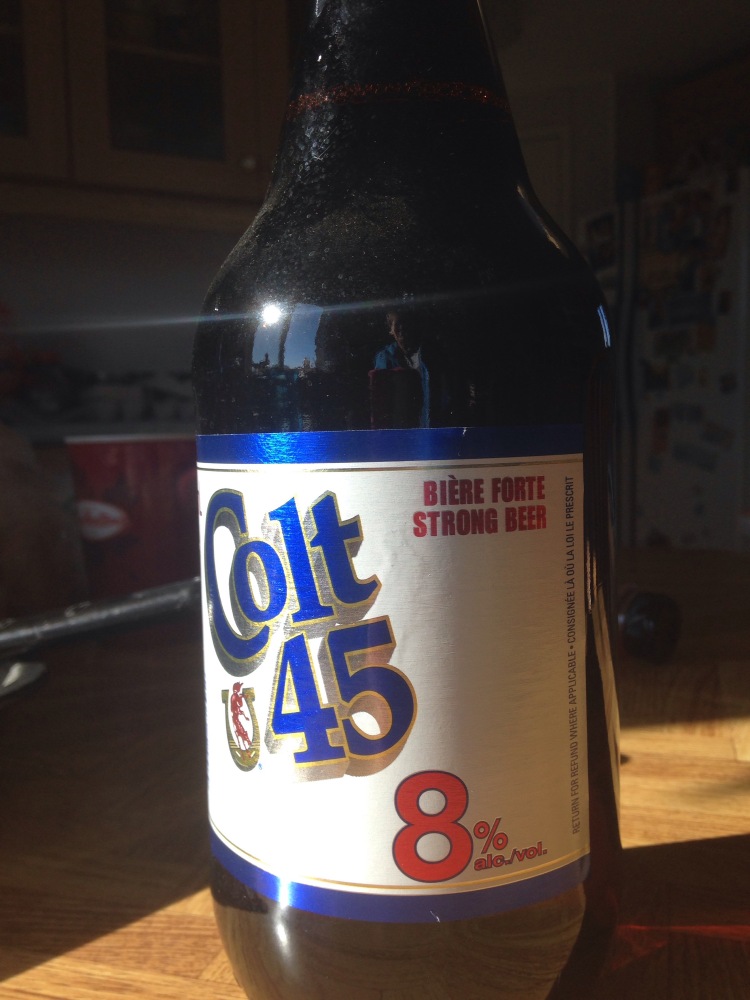 I found my snips and to cover all bases, pulled out the tin snips too. My memory was that even with a couple days soaking, Pig’s nails were too much for the cross cut trimmers. (Maybe she needed to soak in Dawn?!? Palmolive?!? I’ve forgotten that commercial) After work, we went out and poured Pig her beer. We had tried yesterday with just an ordinary beer and Pig slurped it right down. I poured it high to make the bubbles dissipate faster. 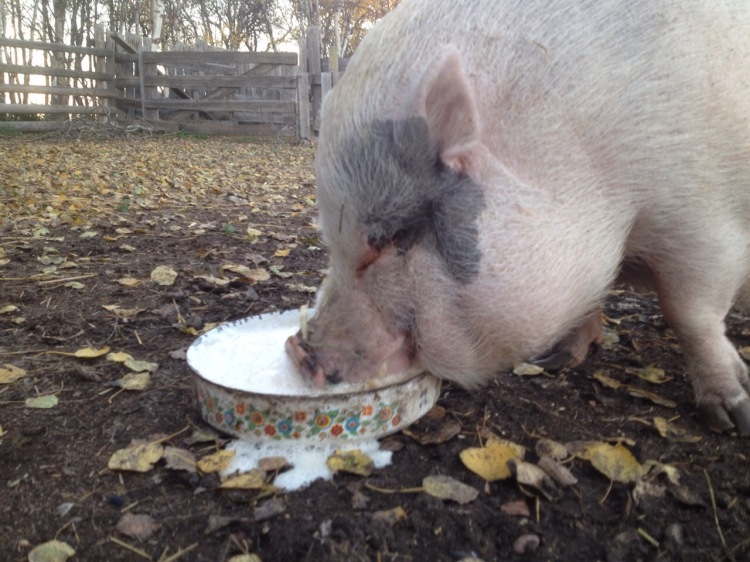 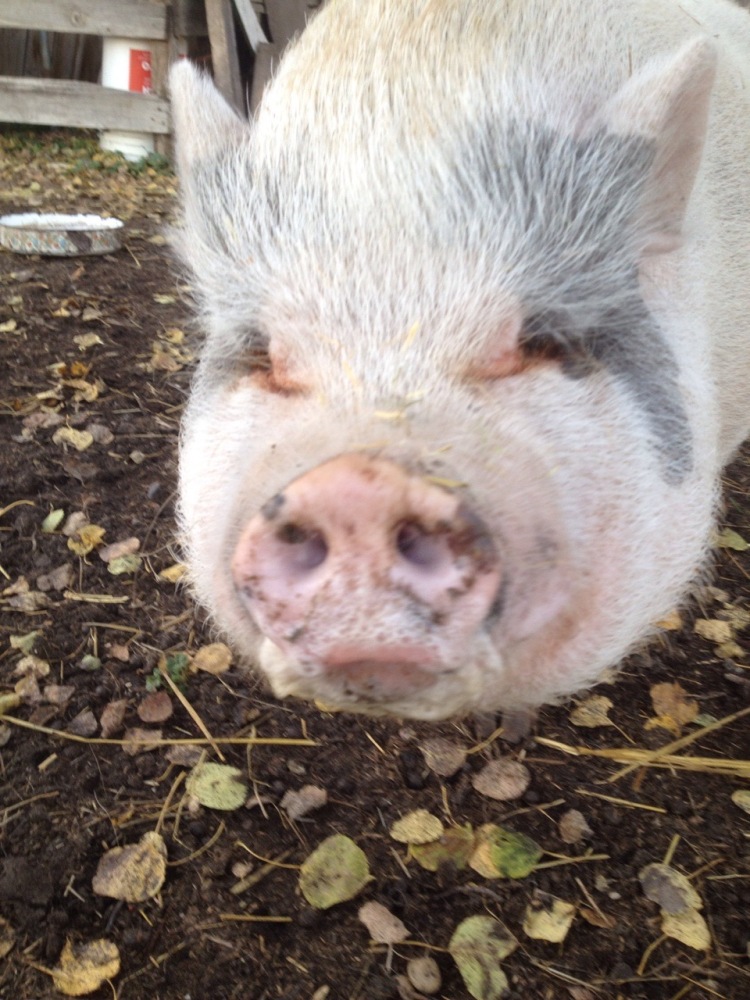 She drank and drank then stopped. Aidan sprinkled some dog kibble (beer nuts?)on top and Pig drank and munched. Then I threw a handful of chop in and she finished it off. I could see she was a bit wibbly as she toddled off to the barn. Aidan and I were killing ourselves laughing.  Once inside we let the beer work its magic. Then a deep breath, pail over Pig’s head, and down to work. As I suspected the cross cut snips didn’t have enough oomph–but the tin snips did the trick. 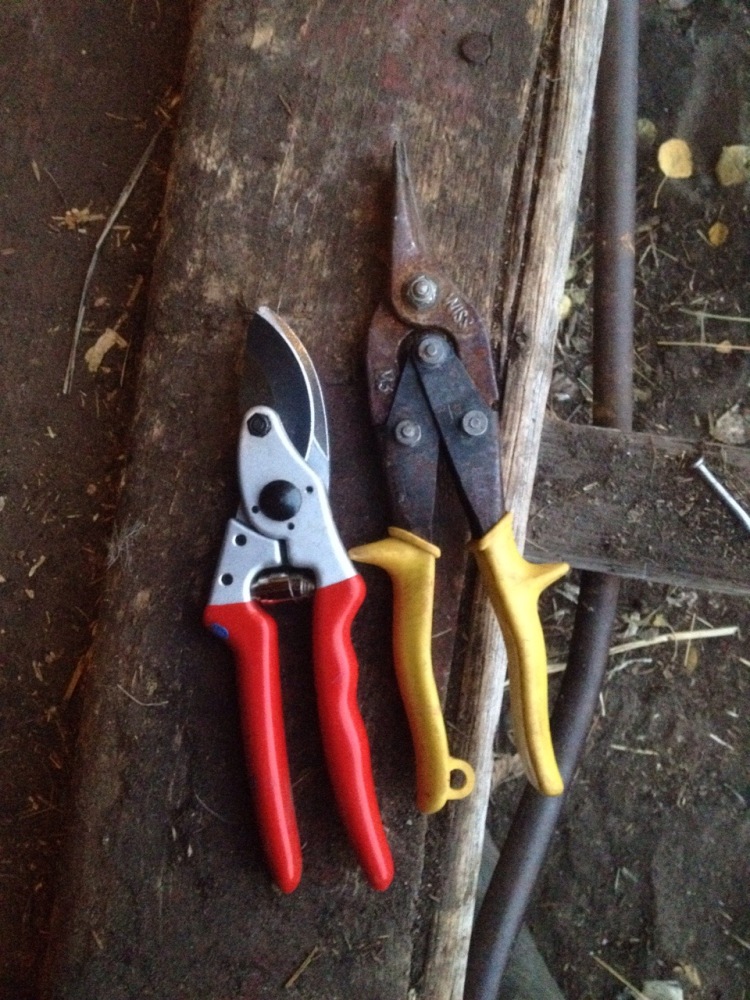 Snip snip snip…turn…snip snip snip. Done– just like that. Pig didn’t scream like last year, she just sort of moaned. Loudly. But no hysteria. And she didn’t turn into a mean drunk as I feared. 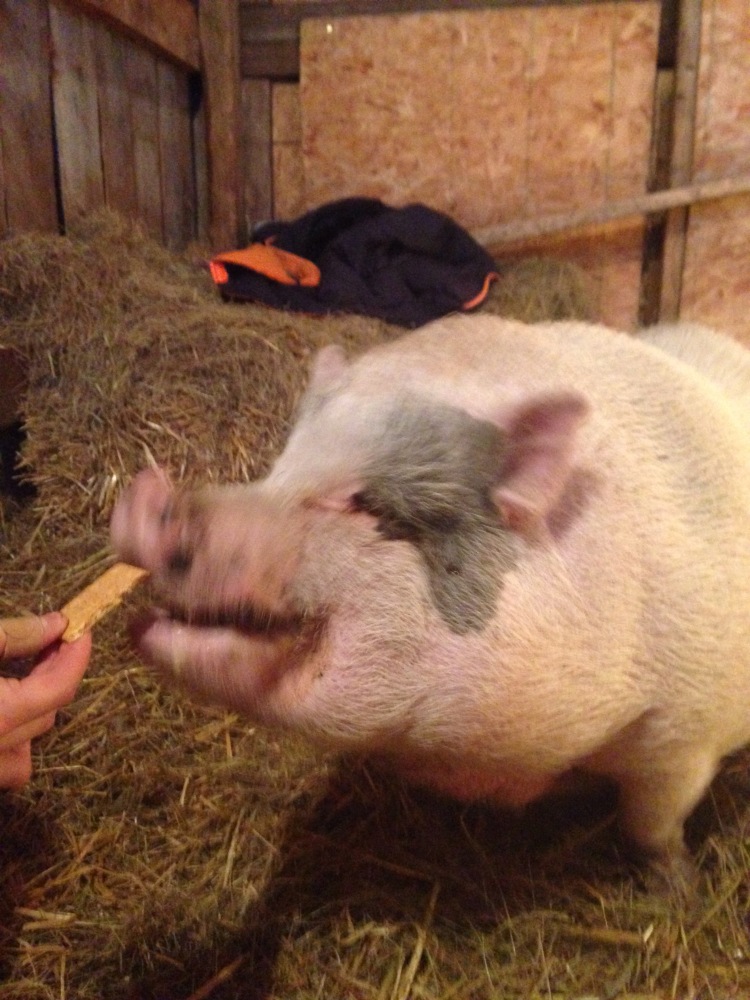 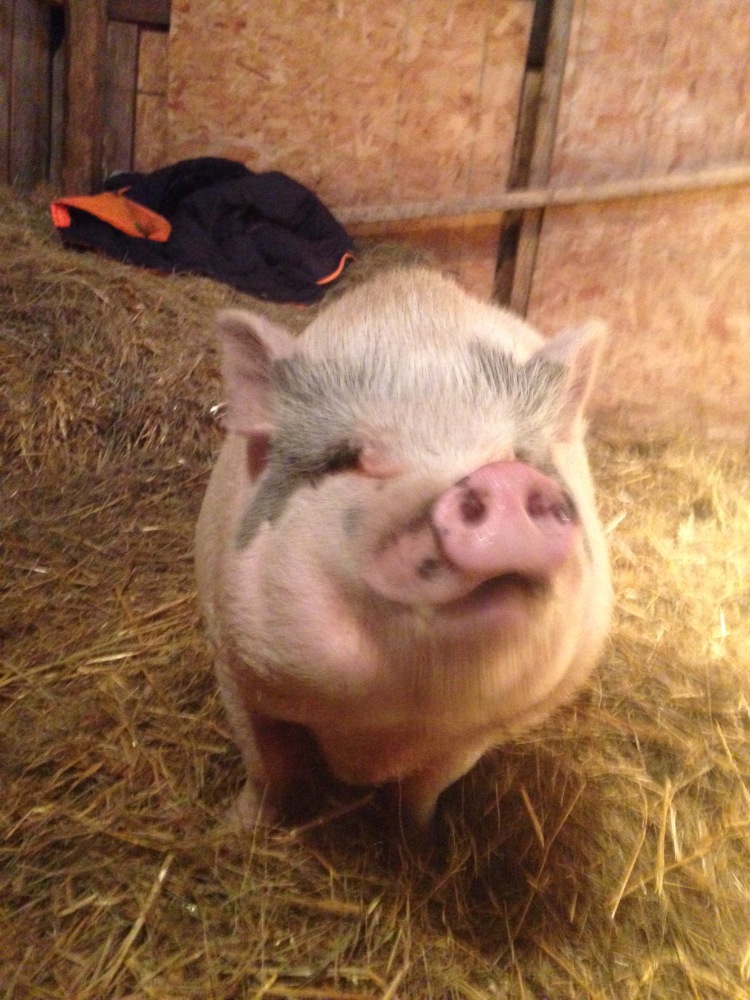 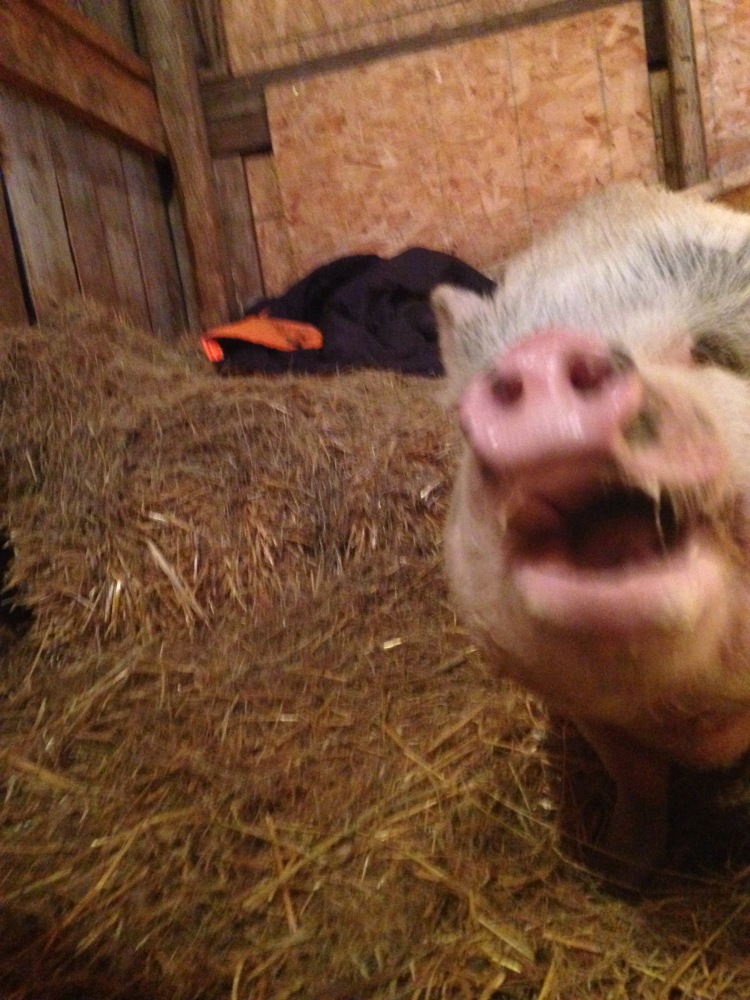 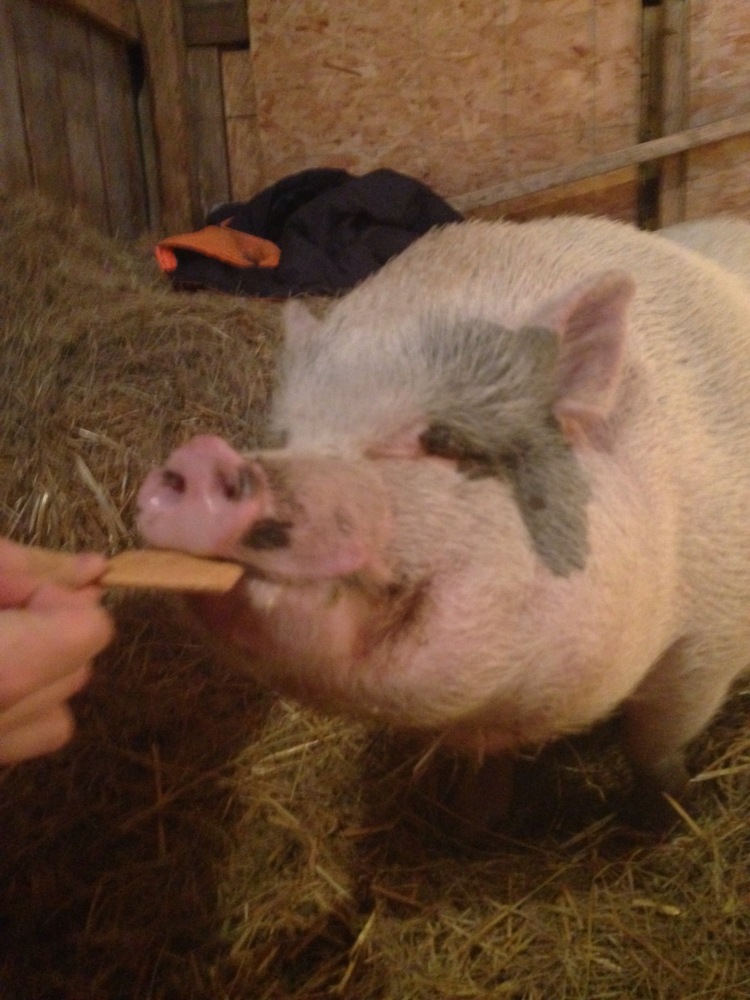 A couple of graham crackers as a treat and she wobbled into bed to sleep it off. Now her toes are all purdy and Piggy will have sweet beery dreams.